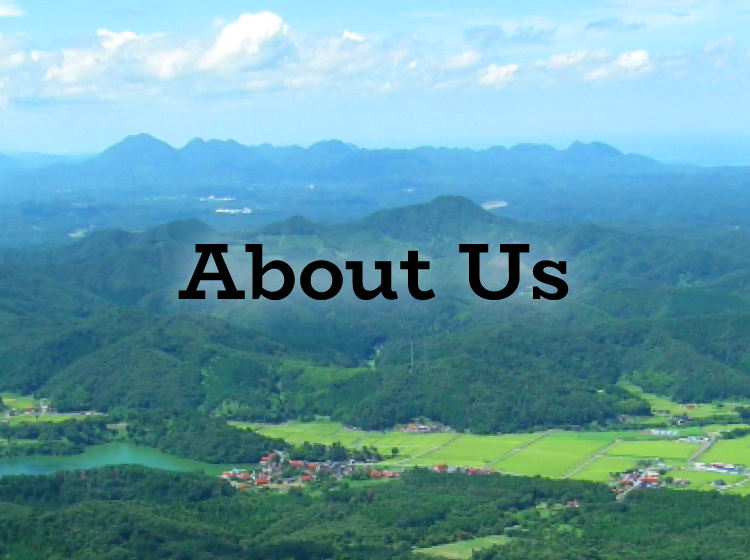 Iinan Town is home to production of shimenawa, a sacred rope that is a symbol of shrines along with the red gate, or Torii, and of rice plants from which the raw material of shimenawa comes.
Iinan Town, which is home to the best traditional shimenawa-making techniques in Japan, creates some of the largest shimenawa in the country and dedicates them to shrines around Japan. One that is dedicated to the Kaguraden of Izumo Taisha Grand Shrine weighs over 5 t. The town itself is located on a plateau at an elevation of 500 m and surrounded by mountains over 1,000 m high.

Oda City, a region richly endowed with nature, is home to Mt. Sanbe, a part of Daisen-Oki National Park that has vast grassy fields that change color throughout the seasons, and beautiful beaches including Kotogahama where the sand makes a squeaking noise when you walk on it. The remains of a silver mine, Iwami Ginzan Silver Mine, became the first site to be declared a World Heritage site in Asia. The traditional streetscape and silver mining mineshafts are still preserved.
In this area, visitors can enjoy Yunotsu hot spring that has a roughly 1,300-year history, traditional performing arts, Iwamikagura, and many more tourist attractions.

Misato Town is a town of water and forests where the Gonokawa River, the largest river in the Chugoku region, flows through the center, and its forests account for 90% of the total area of the town.
Visitors will enjoy fantastic scenery such as the mountain tops peeking through the sea of clouds and that look like small islands in the ocean. Experience a rare type of hot spring, even in Japan, where you can appreciate bubbling spring water that comes directly out of the earth and that is unique to this town of water and forests. There is a range of attractive outdoor facilities for tourists who want to enjoy popular activities such as canoeing, kayaking, and camping.